Delta Air Lines has retired its first Boeing MD-90, as it prepares to begin a three-year drawdown of its MD-88 fleet.

The aircraft (MSN 53382) was withdrawn from service on 23 June, the Flight Fleet Analyzer shows and a spokesman for the Atlanta-based carrier confirms. The aircraft had 58,772 cycles and 31,998 hours at the end of 2016.

The MD-90 was one of the first two delivered to launch customer Delta on 24 March 1995, the database shows.

Delta has no immediate plans to retire the remaining 64 MD-90s in its fleet, the spokesman says.

The airline is still on track to remove its 116 MD-88s by 2020. The aircraft will be replaced by the larger 122 Airbus A321s that it has on order, including the 10 it added to its orderbook during the Paris air show earlier in June.

The aircraft retirement last week was the first reduction to Delta’s fleet of former McDonnell Douglas twin-jets since it wrote off an MD-88 (MSN 49540) following a runway excursion in March 2015. It had expanded the fleet by acquiring used MD-90s prior to that. 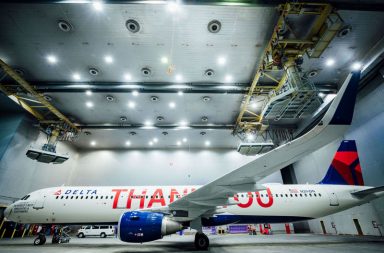