Honda Aircraft has secured a memorandum of understanding for 16 HA-420 HondaJets from French air taxi company Wijet. The light business jets will replace the Paris-based operator’s fleet of 15 Cessna Citation Mustangs, with deliveries scheduled to begin in the first quarter of 2018.

Established in 2009, Wijet is one of the world’s oldest and largest operators of the out-of-production Mustang. Cessna halted manufacture of the entry-level aircraft in May 2017 following feeble demand for the all-metal type.

While 470 Mustangs were built over its 12-year production run, Flight Fleets Analyser shows a year-on-year slide in deliveries, from a peak of 128 units in 2009 to only eight in 2015. Cessna recorded seven Mustang shipments in the first half of 2017.

Speaking on the sidelines of the Singapore air show on 8 February, when the deal was announced, Wijet chief executive Patrick Hersent said: “There is no comparison to the HondaJet, in its [light jet] category.” The aircraft, which secured European validation in 2016, gives Wijet customers “the best-of-the-best in terms of products and experience,” he adds, “while providing our partners with a safe and superior product at an affordable rate”.

Honda also announced at Singapore that it is progressively ramping up production of the HondaJet to meet market demand. Deliveries of the six-seat aircraft climbed from 23 units in 2016 to over 43 last year, and the company anticipates a “steady” increase in output in 2018. 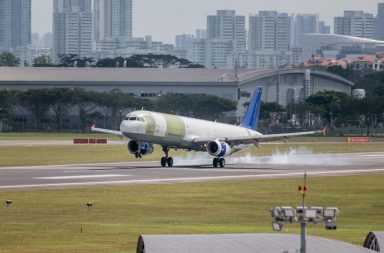