Aerion Corporation has upped the cabin size and added an extra engine to the first in its planned range of supersonic business jets currently on the drawing board. Designed with Supersonic Natural Laminar Flow (SNLF) wing technology that was tested in transonic wind tunnel tests and in NASA flight trials, the Aerion AS2 will now use a set of three smaller jet engines in place of its previous large two-jet design to provide quieter running, improved take-off performance, and longer range.

With its new three engine configuration, the AS2 is able to take greater advantage of the unique Aerion ;quot;unswept;quot; SNLF (Supersonic Natural Laminar Flow) wing design. This sees the wing feature upper and lower surfaces that are slightly curved, ensuring a smooth flow of air across them that continues to travel in relatively undisturbed layers.

Aerion claims this results in a 90 percent reduction in drag over more conventional swept or delta wing designs and helps reduce total airframe drag by as much as 20 percent. As a result, it is expected that the AS2 will not only be fast, but super-efficient as well.

Capable of a maximum speed of Mach 1.6, the AS2 has been designed to travel at two optimal cruising speeds where range and efficiency are at their best: Mach 0.95 where supersonic flight is prohibited, and at Mach 1.4 where the SNLF wing characteristics will be at their most efficient.

According to the company, the new AS2 configuration draws on worldwide operator input from a market study conducted by Aerion in the first quarter of 2014 to assess demand for a supersonic business jet.

;quot;The message from many of today's long-range business jet operators is very clear,;quot; says Aerion CEO Doug Nichols. ;quot;They want a supersonic jet sooner rather than later; a cabin comparable in comfort to today's long-range jets; a range of 5,000 nm or better; and they are willing to pay more than US$ 100 million for such an aircraft. That is the supersonic jet we are working to deliver.;quot;

Whilst the AS2 is still in the design stage, Aerion does have plans to form an industrial collaboration with aerospace firms capable of supplying engines and airframe structures before the end of 2014. The release date for entry into service, provided certification is achieved, is 2021.

Given that there are also a number of other supersonic business jet concepts on drawing boards around the globe — such as the Spike S-512 and the Hypermach SonicStar — which are also aiming at a takeoff date somewhere in the same time-frame as Aerion's offering, the period up to 2021 promises to be a very interesting time for aviation watchers. And, if all comes to fruition, it's also an exciting time for those of us who look forward to the ushering in of a new age of supersonic travel. 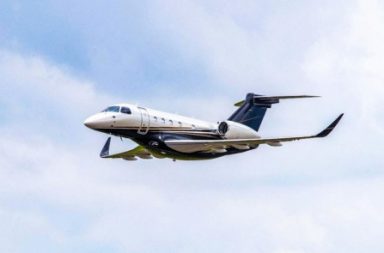