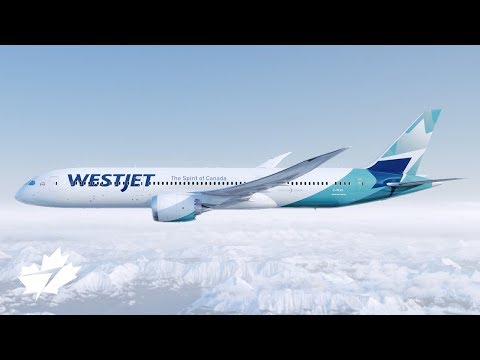 Financial analysts bombarded WestJet’s top brass on 8 May with questions heavy in skepticism.

Might WestJet this quarter post its first loss in 13 years? Should WestJet even call itself a low-fare carrier? One analyst questioned management’s credibility.

The comments seemed to mark a high point of tension between analysts who rate WestJet’s stock and executives steering the company through wholesale transformation.

Led by new chief executive Ed Sims, those executives are moulding WestJet into an international player with multiple hubs and premium products, while also targeting the ultra-discount segment with a new subsidiary called Swoop.

Sims and his colleagues defended that plan during the first quarter earnings call on 8 May. They expressed confidence, urged patience and insisted the overhaul will start paying off as soon as later this year.

“We are in a pivotal year of our evolution. We are making the necessary investment now to build the infrastructure required to transform our business,” Sims told analysts.

The Calgary company earned an operating profit of C$ 55.6 million ($ 43.5 million) in the first quarter, marking 52 quarters of consecutive profits.

But profits slipped 29% in one year, reflecting difficult weather conditions, loss of revenue following the end of a codeshare deal with American Airlines and increased competition, Sims said.

But the second quarter could be worse.

WestJet also predicts second quarter unit revenue per available seat mile (RASM) will be flat to down 2%, partly reflecting a decline in bookings amid the threat of a possible pilot strike.

“When you look at the various guidance you gave… Do you think your streak of consecutive profitable quarters comes to an end this quarter?” asked CIBC World Markets analyst Kevin Chiang.

“We are evaluating the situation very carefully,” Sims responded. “The unknown is the uncertainty caused by potential industrial action.”

Raymond James’ analyst Ben Cherniavsky said, “There is a fair amount of skepticism and frustration around the targets you have set. I’m still struggling to understand how you can get to your 2018 investor day targets.”

“There is a credibility gap here that’s building,” Cherniavsky added.

WestJet aims to return at least 13% of invested capital by 2020 – similar to 2015 levels. By comparison, it returned 9.5% of capital in the 12 months ending in March, the company reports.

“I’m trying to understand why you wouldn’t be more aggressive in your fare increase,” Spracklin said. “Why are we still looking at [WestJet] as a low-fare airline. You have Swoop for that.”

Sims shot down that suggestion.

“It is still incumbent on the WestJet mainline to remain cost competitive,” he responded. “We still believe he who has the lowest cost will ultimately win in the domestic market.”

Sims and his colleagues remained resolute throughout the call. The company must spend money to make money, and costs now will generate returns starting in the second half of 2018 and accelerating next year, they said.

“We are incurring a disproportionate amount of expense in the first half of 2018 in advance of anticipated incremental revenue benefits,” Sims said.

“I’ve never operated in any other environment than [one where] you have the three headwinds of labour, fuel and competition,” he said. “This is business as usual for WestJet.”

Shortly after the earnings call, Sims hosted a packed marketing event at the Calgary International airport that culminated in a short video – projected against a massive hangar door – in which the company unveiled a digital rendering of a 787-9 decked out in a new livery.

The video starkly highlighted the very transformation that Sims succinctly describes in the most-recent copy of inflight WestJet Magazine.

“When WestJet launched back in 1996, it was very much a point-to-point carrier,” he writes. “Today, WestJet is evolving into what is known as a hub-and-spoke airline.”

Formerly an all-737 operator, WestJet several years ago began acquiring a fleet of network-feeding Bombardier Q400s, which subsidiary Encore operates. Then it acquired 767s, which it used to launch routes to London.

WestJet majorly overhauled its network in recent months by routing more flights through its Calgary, Toronto and Vancouver hubs. It is also taking delivery of at least 55 737 Max.

The company has said 787s will serve European cities, but Sims adds that WestJet eyes fast-growing Asian markets, too.

WestJet expects to receive its first of 10 General Electric GEnx-powered 787s in January 2019. Those aircraft will carry about 320 seats, including 24 premium economy seats and 16 lie-flat seats – marking WestJet’s foray into the ultra-premium segment.

Amid all that, on 20 June WestJet’s new ultra-low-cost subsidiary Swoop will take flight. The company sees that unit as a means to capture more bargain-seeking travelers while heading off new ULCC entrants.

Such new entrants include already-operating Flair Airlines and potential upstart Jetlines. Air Canada has responded by expanding the fleet and network of its low-cost unit Rouge.

WestJet paid 14% more per litre of fuel in the first quarter.

Those costs include expenses from acquisition of ground servicing equipment and related aircraft support, but largely reflect WestJet’s broader transition into a more-upscale airline, Sims said.

For instance, the company has been purchasing new inflight products and testing how it will serve wine and food, he said.

“It’s actually more about… prototyping the service and trialing those service flows with guests and our own flight attendants,” said Sims.

As costs surge this quarter, unit revenue will remain flat to slightly down despite three recent fare increases, executives said.

That projection reflects increased competition and other factors, including the threat of a pilot strike, which has caused a dip in bookings, they said.

Pilot union Air Line Pilots Association, International (ALPA) warned in late April that pilots could walk off the job on 19 May.

WestJet has since seen “soft deterioration in bookings… We are seeing a degree of anxiety from guests,” said Sims. “While we are still in those negotiations… it creates a level of uncertainty.”

WestJet’s pilot struggles escalated in-step with the company’s transformation. Pilots had not been unionised until May 2017, when they voted for ALPA representation. But negotiations for a first contract stalled due at least partly to disagreement about how WestJet will staff the cockpits of aircraft operated by discount unit Swoop. Sims has said Swoop must pay wages commensurate with other ULCCs to be competitive.

The company initially planned to transfer WestJet and Encore pilots temporarily to Swoop, but the union opposed that idea, even filing – and winning – a complaint with the Canada Industrial Relations Board.

Sims has since said Swoop will launch with outside-hired pilots, which has not gone over well with ALPA. Dozens of pilots picketed outside WestJet’s headquarters on 8 May.

Sims said discussions with the union continue with an improved tone, and insists he will do everything possible to keep aircraft flying.

“I have an almost visceral reaction to the prospect of 70,000 WestJet guests potentially being stranded,” he said. “We have been working for a considerable amount of time on potential contingency plans to minimise that impact.”

ANALYSIS: A look back at Comac's first 10 years