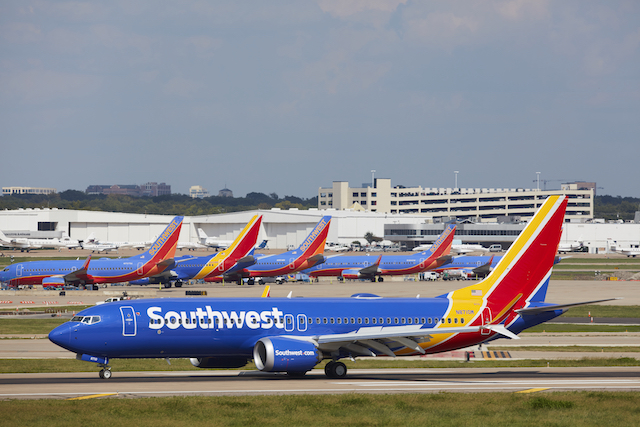 One Aviation has flown an aerodynamic, proof-of-concept wing intended for its in-development Eclipse EA700 very-light jet (VLJ). The structure was attached to a modified EA500, with the registration N990NE, for the 1h 30min sortie on 1 September.

During the flight, One Aviation says its chief test pilot Jerry Chambers evaluated the experimental aircraft’s manoeuvring and basic flying qualities at altitudes up to 15,000ft. The VLJ performed flawlessly and the test results were as expected, it says.

Alan Klapmeier, chief executive of the Albuquerque, New Mexico-based airframer, calls the debut sortie “a key milestone in the path to making a very good airplane a great airplane”.

The EA700, formerly known as Project Canada, was launched in 2016 as an upgraded version of the EA550 – the latest iteration of the EA500, which it will replace.

The wing is one of a handful of design changes and improvements that are being incorporated into the $ 3.6 million EA700, which is expected to make its first flight next year. The wing has been lengthened by 61cm (24in) on each side, and fuel tanks have been moved from the tips to the root, to allow the aircraft to carry another 265 litres (70USgal) of fuel. Wingtips will be also be added.

Other improvements to the EA700 include a longer, lighter cabin, thanks to a 35cm stretch to the fuselage, and an extra window. Williams International FJ33-5A-12 engines replace its predecessor’s Pratt & Whitney Canada PW610F turbofans, while a Garmin 3000 flightdeck replaces the EA550’s current IS&S installation.