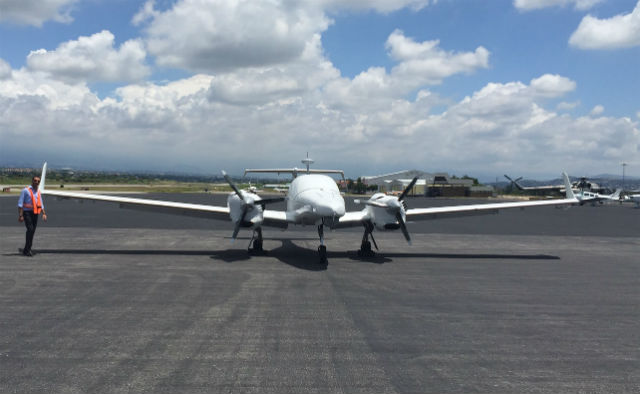 Switzerland needs to allocate almost $ 500 million as part of a plan to procure new fighter aircraft and keep some of its current combat inventory active for longer than previously intended.

Two years ago, Swiss voters rejected a proposed acquisition of 22 Saab Gripens, but in February 2016, Bern indicated that it would initiate a second attempt to purchase new fighters.

As part of that effort, defence ministerGuy Parmelin formed a panel of experts to examine the requirements of Switzerland’s armed forces and the future of its air force’s Boeing F/A-18C/D and Northrop F-5 fleets.

A preliminary report produced by that group suggests that Swfr10 million ($ 9.88 million) is needed immediately to support the design, testing and procurement preparations for a new fighter, plus as much as Swfr490 million to extend the lives of the F/A-18s.

Switzerland says that if the required funding is allocated in its 2017 budget, the procurement effort would begin in 2018, leading to a selection in 2020, with first delivery in 2025.

“It is also recommended to initiate the project work for an extension of the F/A-18 fleet and to refrain from [retiring] the F-5 Tiger fleet temporarily,” the report says.

Bern wants to continue to operate some of its F-5 fleet “beyond 2018”, despite earlier plans to retire all of the ageing fleet. However, no budget has been allotted for this move. It also wants to extend the life of the F-18s from 5,000h to 6,000h per aircraft.

The final report is due in “spring 2017”, which would be too late to meet deadlines for next year’s budget, hence its request for immediate allocations of money to speed the procurement. The defence ministry says that a decision on the funding for the F/A-18 life extension is needed no later than the 2018 budget request.

“At the centre of the work so far was the analysis of the future demand for air warfare… to establish the level of implementation of the federal government’s level of achievement in the 2020s and to identify development options,” the government adds. “The work is on track, so the report can be presented as planned in the spring of 2017.”