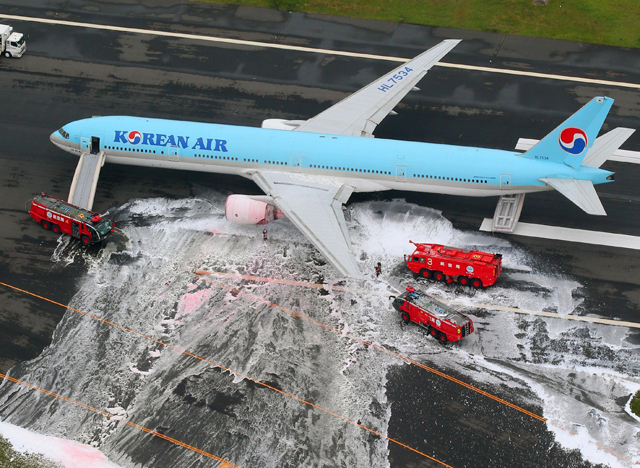 A late change to the service’s fiscal year 2017 budget plan seeks $ 165.7 million and permission from Congress to acquire and reconfigure one Gulfstream aircraft per year into a new electronic warfare platform, designated EC-37B.

Israel Aerospace Industries debuted the active electronically scanned array-integrated conformal airborne early warning (CAEW) type at the Farnborough Airshow in 2008, and the specially modified G550 has since been adopted by Singapore and Italy, providing 360° of airborne radar coverage while also gathering electronic intelligence.

One example was recently purchased by the US Navy to collect telemetry data during weapon tests, replacing an outdated Lockheed NP-3D Orion.

The air force surprised the military’s electronic warfare community when in February 2015 it proposed junking half of its 14 Compass Call aircraft, belonging to the 55th Electronic Combat Group and Davis-Monthan AFB in Arizona, without a suitable replacement in mind. That cost-cutting measure was part of the service’s FY2015 budget request, but the proposal was rejected by Congress.

The air branch has since been exploring ways to retire Compass Call’s old Hercules airframe while retaining its sophisticated mission equipment. The twin-engine G550 business jet appears to fit the bill.

The EC-37B was disclosed on 4 May in the US House Armed Services Committee’s FY2017 defence policy bill. According to the text of the legislation, the service has proposed a decade-long acquisition strategy “that acquires one EC-37B per year and results in a six-year period where the air force is operating a mixed fleet of EC-130s and EC-37Bs”.

“The committee does not believe this is the most efficient or cost-effective way to cross-deck the capability,” the defence authorisation bill states. “The committee encourages the air force to optimise the divestiture of the EC-130s and accelerate the fielding of the EC-37B.”

The committee recommended $ 165.7 million, the full amount, to get the programme underway. However, there could still be opponents who argue that it is not a competitive acquisition strategy.

The air force says in a letter to Congress that the G550 is the only platform available that does not require additional development or certification work, making it the speediest option for re-hosting Compass Call capabilities.

The air force would not reveal any more details about the proposed EC-37B platform or acquisition plan, other than to say it is working with Congress to authorise and fund a programme of record.

“The air force is in the process of coordinating with Congress on the details of the plan,” a USAF spokesman tells Flightglobal. “We expect to have more specific information available in the near future.”

The EC-130H Compass Call first flew in 1981 and was declared ready for combat in 1983. It has served in just about every major US combat operation since, working alongside other airborne electronic attack systems such as the Northrop Grumman EA-6B, Boeing EA-18G and Lockheed Martin F-16CJ to disrupt enemy radar and command sites during air offensives.

USAF issues RfP for initial design of next Air Force One